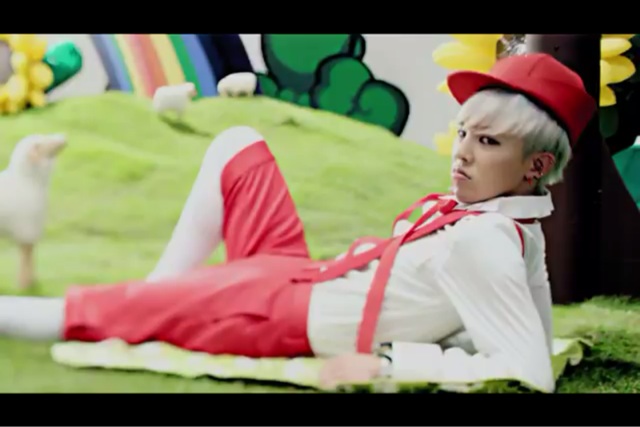 G-Dragon in drag was shockingly beautiful; he was wearing a tight, short black mini dress with black high heels and long, wavy brown hair. Even though he was dressed as a sexy, seductive lady, the drag transformation could not contain G-Dragon from putting on a powerful performance.

Netizens commented on G-Dragon in drag, “He’s prettier than real women,” “How come his body is perfect? It’s even more perfect than any other real women’s,” and “Was I the only one who was kind of taken aback by him almost crazy dance moves and gestures in drag?”

Meanwhile, G-Dragon took over all major music streaming charts upon the release of his album online on September 15. He had his first come back performance on SBS “Inkigayo” on Septebmer 16. His new album “One of A Kind” will also be released in the offline market on September 18.

G-Dragon
Inkigayo
Crayon
One of a Kind
How does this article make you feel?