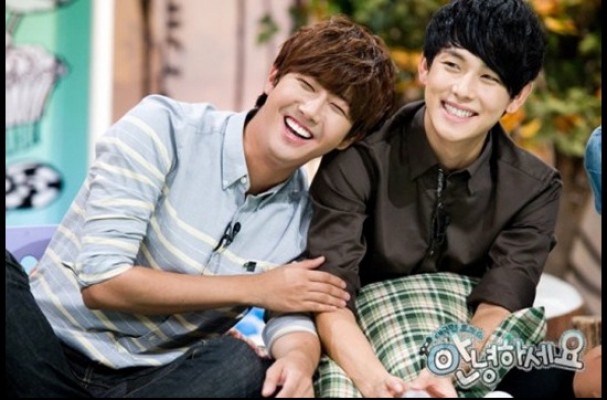 Kwanghee: “I Got Plastic Surgery to Achieve My Dream of Becoming a Celebrity”

In the upcoming episode of KBS2 “Hello,” members of ZE:A appeared and talked about their talents. In the opening talk segment, Kwanghee, Dong Joon, Siwan, and Hyung Shik each introduced themselves as the best in variety show, sports, acting, and wealth.

In this episode of “Hello,” a father came on to share his concerns regarding his son. The father, Mr. Ji Joon Goo, stated, “My son told me that he doesn’t have a dream or a goal. So I tried to make him a dream by introducing him to a variety of new things, but he is still not motivated.” When MCs first heard this story, they turned to ZE:A and asked what their childhood dreams were and whether they achieved them or not.

Dong Joon commented, “I wanted to be an athlete when I was little. I tried really hard, but my parents weren’t happy about it so I had to quit. Then I tried studying, but this time, my brain was so against it. At the end of it, I followed a friend to an audition and became a singer.” Following Dong Joon’s confession, Kwanghee also told his story. He said, “My mom’s been telling me that I have the face to become a celebrity since when I was little. But it turns out that only the shape of my face is ready to be a celebrity, so I had to fix everything else on my face before I could finally become a celebrity.”

This episode of “Hello” featuring Siwan, Hyung Shik, Dong Joon, and Kwanghee from ZE:A will be airing on September 17.