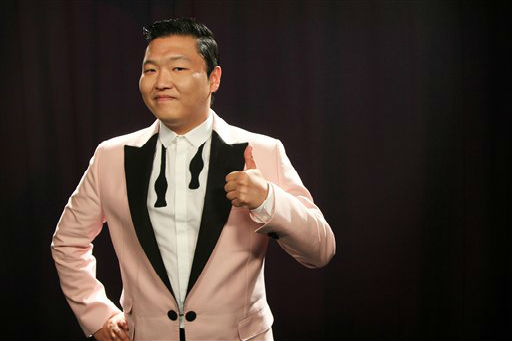 Psy Had His 2:8 Hair Part Since He was in Elementary School

Let’s take a break from all the articles of Psy‘s remarkable achievements and popular television appearances and talk about his hair. Psy recently revealed his unchanging methods of hair care that he used since long before his debut.

On an episode of “Star Life Theater” that aired on September 17, Psy revealed, “I took care of my own hair since elementary school,” and shared the story of his trademark 2:8 hair part.

During the episode, Psy was getting ready for his performance and was putting gel in his hair. He said, “Ask my stylist why she doesn’t do my hair for me.” His stylist then started to move away and he said to her, “Say something like ‘He’s so good on his own that I feel like I’ll just interfere,'” which made others around him laugh.

Psy continued, “My mother took me to the hair salon for the first time when I was in the 3rd grade. Even at that young age, I loved the feeling of getting my hair done. Ever since then, I always took a lot of care into styling my own hair.”

Viewers who saw this episode commented, “Even in that simple hair style, Psy’s own philosophy is hidden inside,” “Only Psy can do it and it looks best only because it’s Psy” and more.