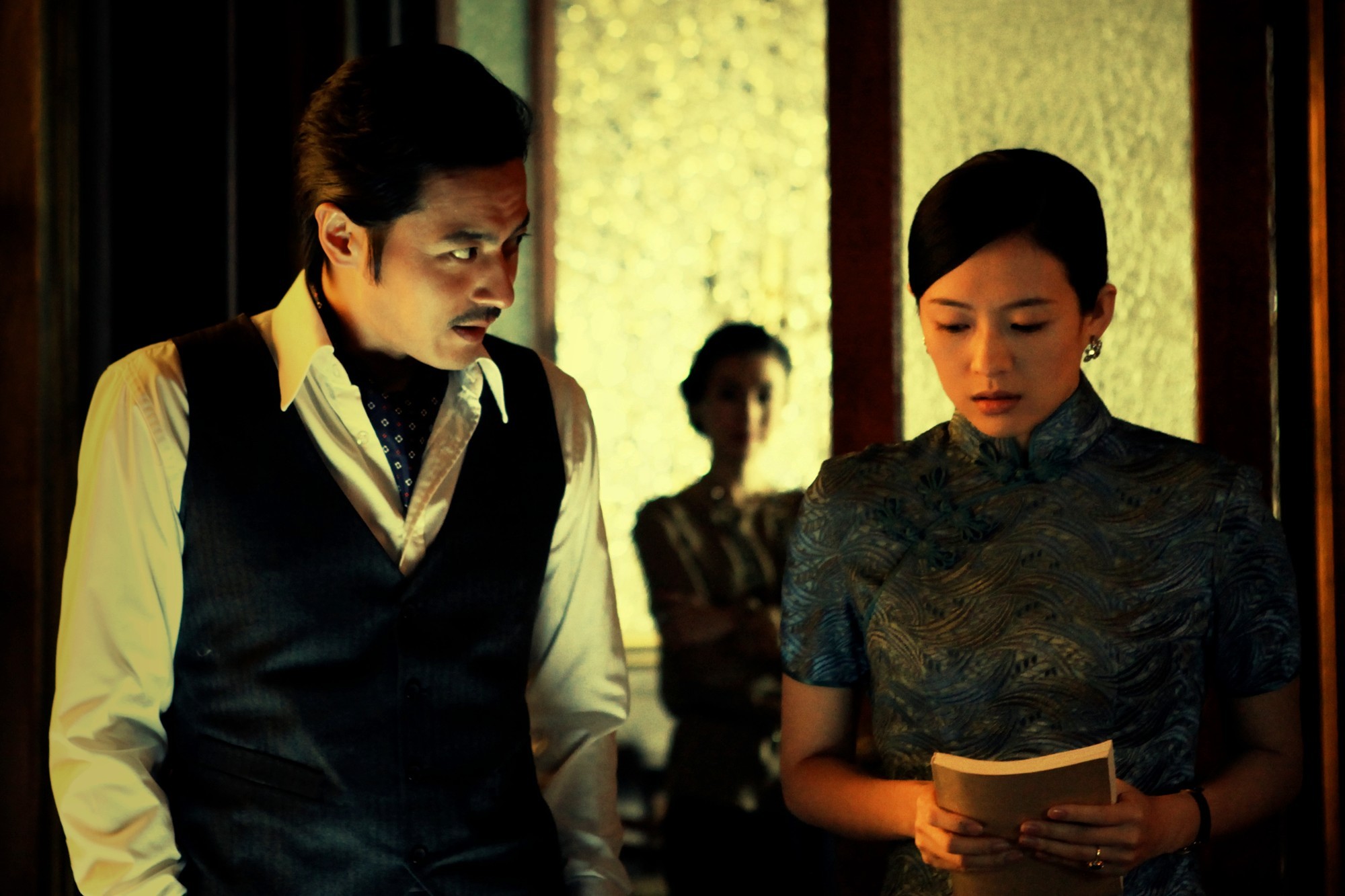 After his first romantic comedy role in “A Gentleman’s Dignity,” Jang Dong Gun comes back to the public eye portraying a debonair playboy in 1930s Shanghai. Local news agencies recently picked up on his homme fatale persona in still cuts of the actor released from his film “Dangerous Liaisons.” In one of the photos, Jang Dong Gun parades his well-toned body.

“Dangerous Liaisons” is the latest adaptation of the French novel by Pierre Choderlos de Laclos, tackling the themes of passion and purity. Director Hur Jin Ho’s take on the classic sets the tale in Shanghai, with Jang Dong Gun playing the part of the experienced playboy who seduces and enters into risqué relationships with different women. Cecilia Cheung and Zhang Zi Yi co-star.

Fans who have been longing to see Jang Dong Gun on the big screen again are able to see him essay another sexy and charming character when “Dangerous Liaisons” opens in domestic cinemas on October 11.