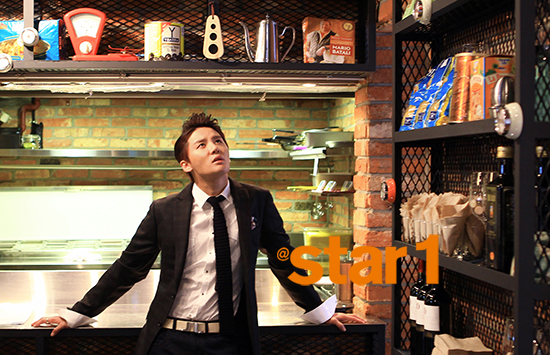 JYJ’s Junsu Flustered By MV Filming Experience In The States

Kim Junsu shared for the first time his experience filming a music video in the States..

Currently promoting as a solo singer, Junsu has exceeded Asia and gave a world-wide tour proving his strong position as a Hallyu singer. His interview and photoshoot with @star1 will be distributed on September 20 and he also shared the behind-the-scenes filming the music video for his American single, “Uncommitted.”

His American single album was released at the end of August and it’s been revealed that a famous American music video director, Marc Klasfeld, worked on his music video. Many fans showed their deep interest because he had to act out love scenes with a German model and a Romanian-Korean model.

He said, “In Korea, we have everything figured out before we start, but they don’t do that there. They just say something like ‘Try to seduce the girl while you sing’ and immediately calls ‘Action!’ I just tried to follow what they’ve said since they gave the cue sign.” He added laughing, “All the acting was improvised.”

He further explained, “Even though it was a bit embarrassing because the whole staff was there watching, but I thought how I had to quickly finish the filming since they’re famous. This is their first time working with a Korean artist so I felt responsible to do well.”

Junsu
JYJ
KPLG
How does this article make you feel?