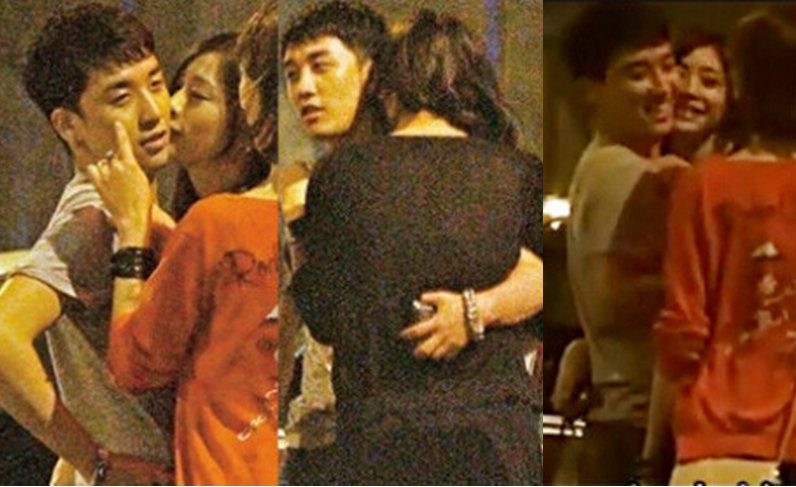 Less than a week since his sex scandal broke, Big Bang’s Seungri has been swept up in another scandal. On September 18, Taiwanese media “Apple Daily” published photos and a video of Seungri getting kissed by Japanese model and actress Anna Kubo, also known as Jackie Chan’s son Jaycee Chan’s ex-girlfriend. Seungri and Anna are currently in Hong Kong for their Japanese drama “The Files of Young Kindaichi: Hong Kong Kowloon Treasure Murder Case.”

According to the report by “Apple Daily,” the two went out with several friends after filming in the early hours of September 18. They were seen enjoying a late-night meal and having fun at a karaoke bar. The video also captured Anna having a wardrobe malfunction, exposing a part of her chest as she was readjusting her outfit. The group left the karaoke bar around 3AM, and Seungri and Anna were spotted holding hands and hugging. As they waited for a cab, Anna leaned on Seungri, planting a kiss on his cheeks.

Netizens commented, “This is so shocking. Two scandals in less than a week?” “Are they dating?” “They look like a couple,” “What?! No!” and more.