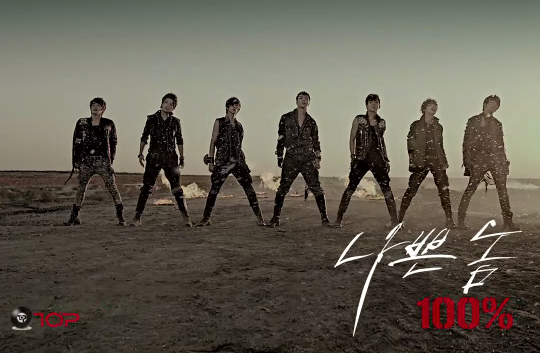 With the release of their debut single today, new boy group 100% has now revealed their debut music video “100%.”

Previously, they had released two teaser videos titled “We, 100%,” which is the name of their debut single. As expected from the teasers, the song is an exciting pop-dance track.

In the music video, the group’s choreography scenes are split between three places; the flaming desert, a black and white room, and a bright shiny square room.

Created by TOP Media, they are label mates alongside established Teen Top. The members of this seven person group are Minwoo (leader), Rocky, Jonghwan, Chanyong, Changbum, Hyukjin and Sanghoon. Rocky was previously a member of TOP Media’s 2009 group Jumper.

KPLG
100%
Debut MV
How does this article make you feel?