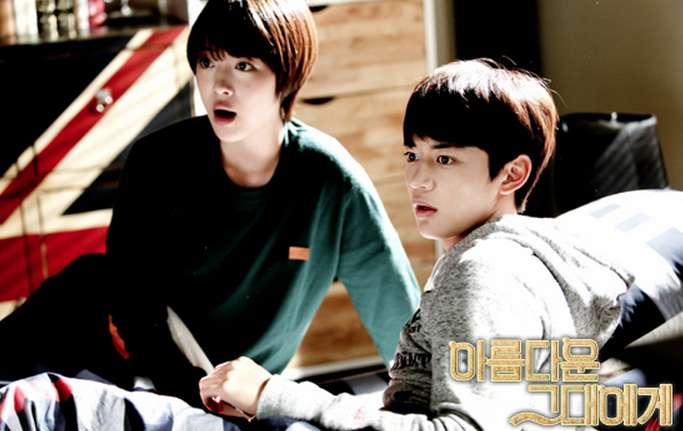 “To the Beautiful You” Episode 11 Preview

According to AGB Nielsen, “To the Beautiful You,” starring f(x)’s Sulli and SHINee’s Miho, recorded 5.8% for its tenth episode. The romantic-comedy is about Goo Jae Hee (Sulli), an extreme fan girl of champion high-jumper Kang Tae Joon (Minho), who tries to make a comeback from a career-threatening injury. To help revive his career, Jae Hee impersonates a guy to attend Tae Joon’s all boys high school. The original Japanese manga had a Japanese drama created in 2007, as well as a Taiwanese version produced in 2006. Both versions were extremely popular, and many international fans are showing great interest in the Korean remake, which is produced by SM Entertainment’s new video contents division, SM C&C.

SBS will air the eleventh episode of “To the Beautiful You” tonight, September 19, at 9:55PM KST.