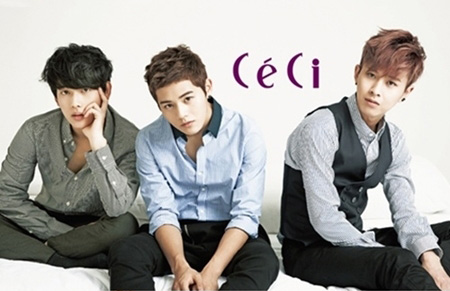 Kim Dong Joon, Ha Min Woo and Si Wan from the 9 member boy band ZE:A have transformed into romantic and dandy guys for the upcoming magazine shoot, stealing the hearts of female fans.

On September 17, fashion magazine CeCi released magazine photos of the 3 members in autumn attire. If the boys of ZE:A exude strong masculinity and sexiness on stage, Kim Dong Joon, Ha Min Woo and Si Wan have successfully transformed their image by displaying soft charisma throughout the photo shoot. They wore different colored dress shirts and left a part of the top unbuttoned to bring up the sexiness. The concept of the photoshoot was to pose like they’re just waking up.

In other news, ZE:A is currently promoting their newest album with the title track “Phoenix.”

Soompiers, do they look too good for people who are supposed to look like they just woke up?