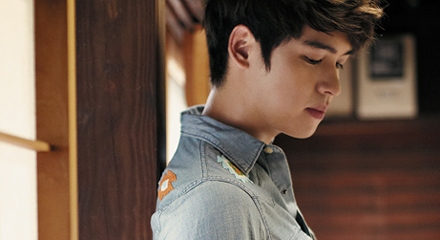 Several paparazzi shots of actor Lee Jang Woo were revealed and they’re gaining the interest of many fans.

On September 19, pictures with the caption “Lee Jang Woo on his way to ‘MuBank’” were posted and were quickly spread online. He was on his way to the broadcasting station when the pictures were taken. He’s currently the MC for KBS’s “Music Bank” along with After School’s Uee.

Inside the pictures, he’s seen wearing gray pants, faded dark blue shirt and a black leather jacket. He matches the outfit with a grayish leather backpack with 2 distinct blue and red stripes. His tall frame and great fashion sense is receiving attention by the female population.

In other news, Lee Jang Woo has recently released a digital single “Words I Couldn’t Bear To Say,” earning him the nickname “ballad prince.”

Soompiers, what do you think of his fashion sense? Yay or nay?

Lee Jang Woo
KPLG
How does this article make you feel?