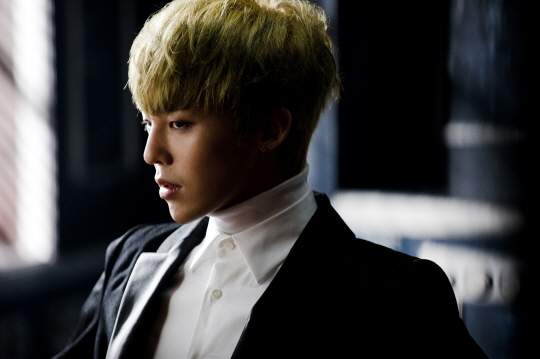 Big Bang‘s G-Dragon has addressed the recent negative press about his other members and apologized.

G-Dragon, who recently released his second solo album “One Of A Kind,” held an interview on September 19 and said, “There have been numerous happenings and accidents within our team,” and “The actions are not something that people can easily understand so as public figures, I think it is our fault.” While G-Dragon has been involved with marijuana and Daesung involved in a car accident, Seungri has recently been involved in a scandal with a Japanese actress.

He continued, “But because we are human, we are all prone to mistake,” and “I don’t know how others will view it but we are still young and we are still going through many trial and errors.” He added, “Our members started this work since we were young so sometimes we do things that are wrong,” and “We will try harder from now on and be more careful.”

He said, “When we get together these days, we say, ‘If we continue like this, things are going to get harder. Let’s try harder.'” On being a leader, G-Dragon said, “In the past, when someone did something wrong, I said something but from some point, I lost that energy and I myself couldn’t even set a good example. I should take the leader stance like before from now on.”

G-Dragon also spoke about the 19+ rating for his track, “That XX.” He said, “It’s not a very seriously offensively word but it’s not the best word for the older generations to hear so I wanted it to be 19+,” and “Since the rating was already decided, I could’ve made it more explicit but since I am still an idol singer, I lowered the level.” G-Dragon added, “The 19+ rating may seem harmful but I don’t think my music will lead the youth to a bad direction. When I was young and I heard sexual or explicit lyrics like DJ DOC, I thought, ‘These people really just say what’s on their minds,’ and that’s it.”

Meanwhile, G-Dragon also spoke about his fellow labelmate Psy‘s world-wide recognition for “Gangnam Style.” He said, “When Psy hyung first allowed me to listen to the song, I didn’t think it would become this big. Honestly, I’m a bit jealous but I’m also very proud.”

G-Dragon
PSY
Seungri
KPLG
How does this article make you feel?