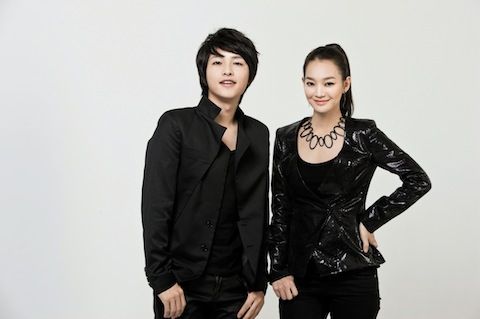 On the episode of “One Night of TV Entertainment” that aired on September 19, there was a segment on Park Bo Young and Song Joong Ki. Both actors have worked together for the film, “A Werewolf Boy.” Song Joong Ki revealed that all the male staff members were busy taking pictures of Park Bo Young and that her popularity soared through the roof.

Song Joong Ki spoke about Park Bo Young’s attraction saying, “She has a pure smile and a fragrant scent,” and “Bo Young’s face is the size of a fist.”

Meanwhile, Song Joong Ki also shared, “Park Bo Young doesn’t really call me up, but she always calls Lee Gwang Soo. One time, I called Gwang Soo and found out he was with Bo Young. Did I really lose to Lee Gwang Soo?” causing much laughter throughout the set.