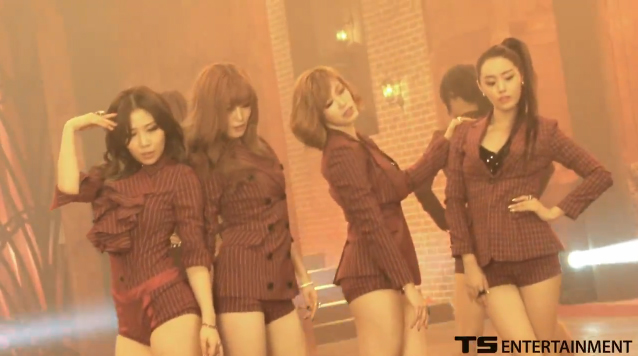 Secret Reveals Behind The Scenes Videos for “Poison”

With Secret making their comeback last week, they have now revealed several behind the scenes videos for “Poison.”

In the first one below, the girls show off their choreography with a “making film dance version. ” While the video includes a few solo dancing scenes, it is similar to a dance version music video. Shot from different angles, the main camera gets in the way a few times.

The second video released shows off their album cover shooting. While they look serious during their photo shoot, they seem to be having lots of fun.

For the third video, label mates B.A.P stops by to show their support. Members Jongup and Zelo briefly interview the girls on their comeback.

The last video shows off a regular behind the scenes look at the music video. In addition to seeing the various sets, the girls also talk about the the music video and their comeback.

BTS
Secret
KPLG
How does this article make you feel?