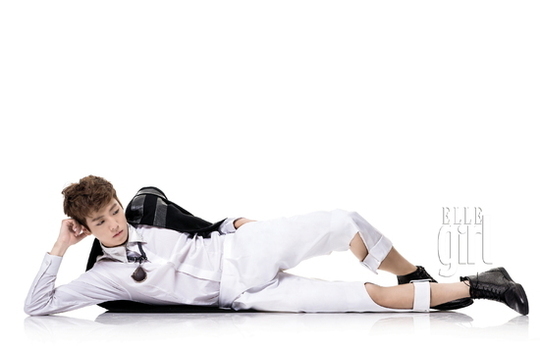 In the October issue of “Elle Girl,” Lee Hyun Woo is featured in a pictorial where he displays his chic charms with various outfits.

On a clean and crisp white set, Lee Hyun Woo showed off his strong charisma. He is currently playing a cute and bubbly role in the SBS drama, “To The Beautiful You.” But the Lee Hyun Woo in this pictorial seems to be much different.

The concept of Lee Hyun Woo’s outfits was a perfect mix of grunge, modern, masculine and chic. Items such as his all-white suit, white knit sweater and his unique black and white trimmed top stood out.

Photo shoot sources commented, “We were impressed with Lee Hyun Woo’s professionalism as he showed off a variety of poses and feelings in a constricted space,” and “Everything from his eyes to his facial expressions to his poses could not be missed during the shoot.”

Lee Hyun Woo
KPLG
To the Beautiful You
Elle Girl
How does this article make you feel?