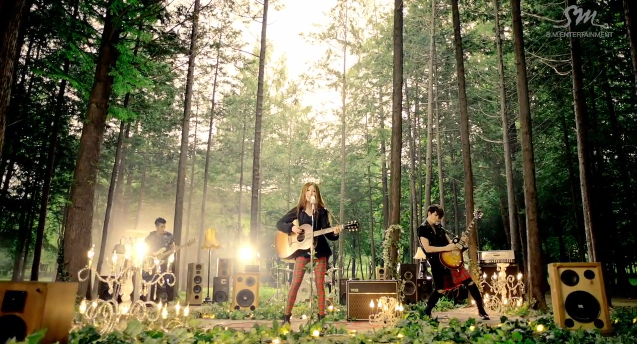 SM Entertainment‘s solo artist J-Min has released her music video for “Stand Up.”

The music video has her showing off her powerful voice and guitar skills in a beautiful looking forest and in a white room. The band playing along with her features TRAX‘s Jungmo.

Coming from the soundtrack of “To The Beautiful You,” the music video also features many scenes between the main characters played by SHINee‘s Minho and f(x)‘s Sulli.

J-Min first debuted in Japan in 2007. She participated in SM Town’s winter album “The Warmest Gift” and the soundtracks of TV dramas like “The King 2Hearts,” and “Moosin.” She also played the female lead role, Gloria, in the musical theater production of “Jack the Ripper” in Seoul, Korea. She recently made her live broadcast debut with “Stand Up” on SBS Inkigayo three weeks ago.

OST
To the Beautiful You
J-Min
How does this article make you feel?