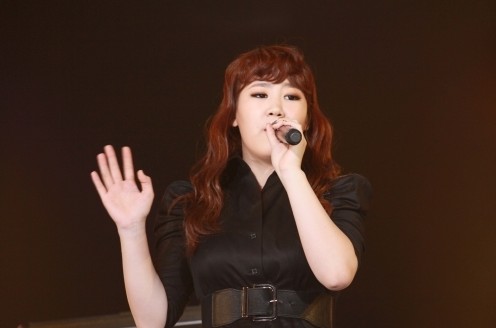 Park Ji Min, the winner of the survival audition show, SBS “K-Pop Star,” will make her debut under a duet group named, 15&. Their debut is scheduled for early October.

“Park Ji Min will debut as a duet. Her partner is a JYP trainee and is the same age as Park Ji Min,” JYP Entertainment said.

After winning “K-Pop Star” earlier this year, Park Ji Min signed with JYP Entertainment. The name of her partner hasn’t been revealed yet, but it’s reported that she’s called “genius girl” among JYP trainees.

“Park Jin Young finished production of 15&’s album in September, before leaving for his vacation. We’ve come up with a good song that will let you enjoy the two singers’ explosive vocals,” an official of JYP Entertainment said.