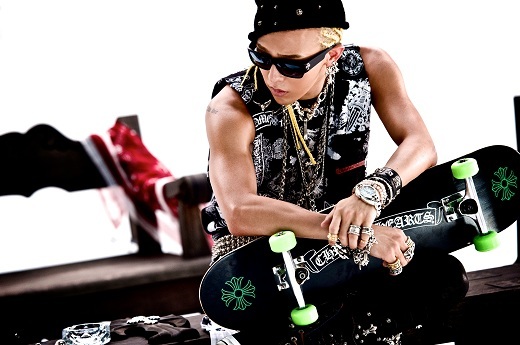 On September 19, G-Dragon held a press interview session where he talked about his new album, solo activities, and among other things, PSY’s popularity around the world.

“I’m jealous of PSY hyung, but at the same time, I’m proud of him as a Korean. I’m also very surprised by all the news. It’s still hard to believe,” he said.

G-Dragon said the easy beats of the song make “Gangnam Style” that much easier to approach. “It’s a song anyone can sing at Karaokes. It’s also a good song to play around and change the lyrics on your own among friends,” he said.

He continued, “I think nothing beats humor. Even I look for funny videos online. The reason people like the video is because there’s a certain ‘humor’ and ‘excitement’ to it.”

G-Dragon said it’s still hard to believe all the foreign press coverage PSY’s been receiving with “Gangnam Style.” “Since we’re in the same agency, I’m very happy for him and I think it’s great that he’s doing such a good job. Big Bang and 2NE1 should also do a good job to follow suit,” he added.

He wrapped up the interview saying, “If PSY’s music is fun and exciting, I want to emphasize how special Asian hip hop is through my music. My next album will include a lot of collaboration work with foreign artists.”