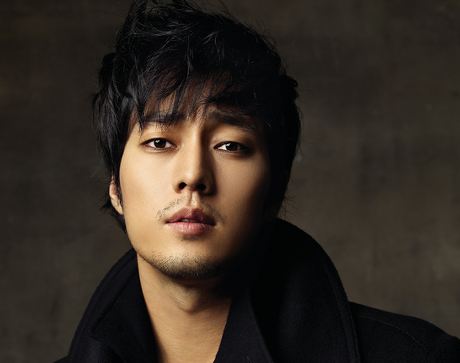 Photographs featuring actor So Ji Sub in a photo shoot for fashion magazine “W Korea” have been released. So Ji Sub with his piercing gaze, sculptured good looks, and air of nonchalance is simply the definition of smoking hot.

The concept of the photo shoot, “wounded style,” was to show a different side of So Ji Sub. In the photo shoot, the actor throws off his gentlemanly image and instead shows a beat up, rough image. The props of a finger splint or a medical cane, unexpectedly add to his charisma, making So Ji Sub look tough and masculine.

SBS drama “Phantom,” in which So Ji Sub had the lead role, finished airing in August. The actor has another acting project coming out in which he stars as the lead Ji Hyung Do who is a for-hire contract killer that one day falls in love and wants out in movie “A Company Man.” “A Company Man” will be released on October 11.

So Ji Sub’s photo shoot will be featured in the October issue of “W Korea.” To see the second photograph, click to the next page.

So Ji Sub
W Korea
KPLG
Phantom
A Company Man
How does this article make you feel?