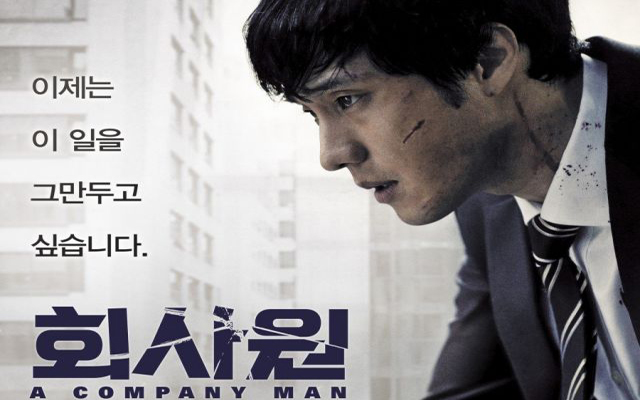 The release date for So Ji Sub’s upcoming production “A Company Man” has been confirmed.

“A Company Man” tells the story of office employee Hyung Do who wakes up every morning for work, drinks his coffee, put on a black suit, white shirt and a tie as any office worker to attend his office. Seems like your average guy right? Except for his activity. Hyung Do is a hitman who works at a company specialized in contract murders which requires his talent. Everything goes as planned until Hyung Do falls in love and decides to quit. But no one resigns easily and his co-workers then decide to put a contract on his head.

The movie is already one of the most anticipated movies of the year because of So Ji Sub, known for his predilection in the genre. The story of a not so average office worker also received a hot response from fans and the public alike.

Check out the stills and the trailer in the video below.

Meanwhile, “A Company Man” will hit theaters on October 11.