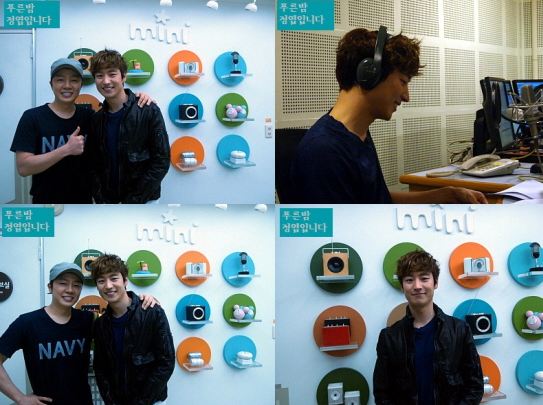 “Ghost Sweepers” actor Lee Je Hoon admits he had difficulty saying his lines with miss A member Suzy in the movie “Architecture 101” in which the two starred as the college-student selves of Uhm Tae Woong and Han Gai In’s characters.

On September 15, on MBC FM4U radio program “Blue Night,” “Ghost Sweepers” actor Lee Je Hoon appeared as a guest. On the show, Lee Je Hoon said: “There was a scene in which I had to say to my movie partner Suzy, “Could you get lost?” Before the filming, I thought, this is acting, something that of course I have to do, so if I just do it, it will be fine. But, then when I was in front of Miss Suzy, I could not bear to let the words fall from my lips.”

Lee Je Hoon has been a very busy actor this year, starring in “Architecture 101,” “Ghost Sweepers,” and SBS drama “Fashion King.” Lee Je Hoon is also finishing up his scenes in two more movies due to be out in 2013, “My Pavarotti” and “Ethics of Fury.”

Lee Je Hoon was also featured in a photo shoot and interview with fashion magazine “Elle” which you can read on Soompi.