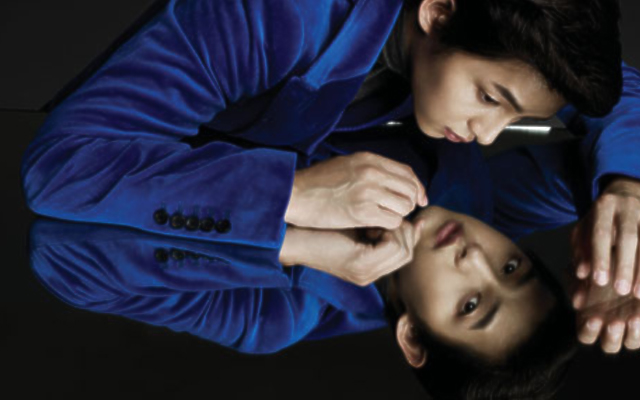 In the October issue of fashion magazine “Harper’s Bazaar,” the actor of “Nice Guy” worked with professional photographer Kim Yeong Joon. Song Joong Ki gave off a powerful expression, and piercing gaze, breaking away from his usual gentle image and killer smile.

In the interview portion of the pictorial, Song Joong Ki talked about his new movie “A Werewolf Boy,” where he portrays the life of a hybrid, half human, half werewolf who struggles to adjust to the world and repress his beastly instincts. He commented, “I thought playing the role of a werewolf boy would be an easy thing because he doesn’t talk and don’t display his emotions, but having to convey his thoughts and emotions through his facial expressions was the hardest part. I’ve always wanted to play the role of a vampire or a werewolf, so I had much fun doing it.”

He continued, “Prior to the filming the movie, I learned pantomime which is conveying emotions without speaking.

When Joong Ki was asked about his innocent image in “A Werewolf Boy” contrasting with his rough image in KBS drama “Nice Guy” he revealed, “I didn’t choose to change my image as an actor. You don’t have to play strong and tough characters to prove you are good at acting. Rather than that, I think you just have to answer to the demand of the public who wants to see, and go for a role that fits your age and image. People see “A Werewolf Boy” as strong and movie, but it’s actually a very pure and touching story.”

Meanwhile, “A Werewolf Boy” will be out in theaters on October 31. You can find out more about Song Joong Ki in the interview in the October issue of Harper’s Bazaar.