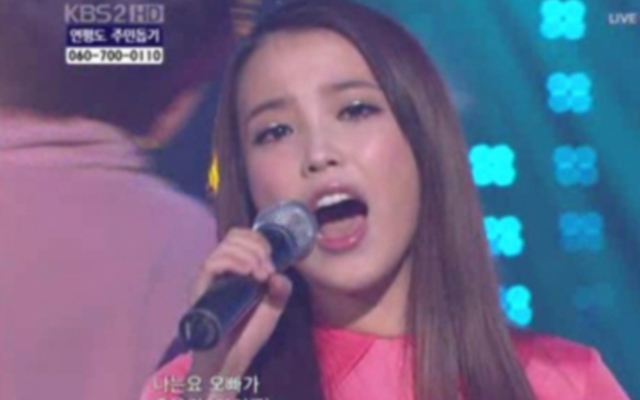 Singer IU revealed that she felt pressured by her three high note signature.

On the September 20 broadcast of KBS 2TV‘s “Happy Together Season 3,” in the unexpected close friends’ segment, IU expressed the burden she felt because of her high-pitched notes.

She revealed, “While I was promoting “Good Day,” there’s that part in the song which is the highlight where I hit three consecutive high notes. Because of people’s expectations, I always felt the burden when I reached that part. Thankfully I’ve never made a mistake while singing it, but it was still pressuring me.”

She continued, “I felt grateful for the love and popularity I received because of it but also trapped and limited by it.”

In the same episode, IU revealed her secret recipe, and the reason why she cut her hair.

Watch a compilation video of her three high notes live below.

IU
Happy Together
You and I
How does this article make you feel?