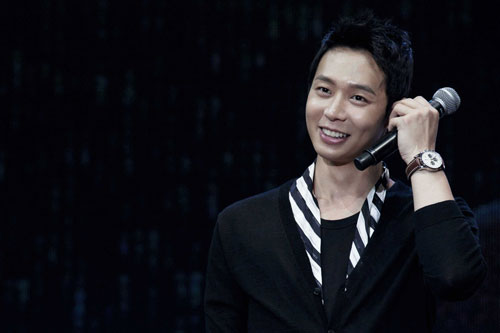 JYJ’s Park Yoochun has found his new TV drama role as it was announced today that he will join the cast of MBC drama “Missing You.”

“Park Yoochun has confirmed his lead role as Han Jung Woo on ‘Missing You,’ which is expected to air in November, and has started filming as well,” C-JeS Entertainment said in a statement on September 25.

“Missing You” is reported to be a romantic comedy revolving around a young couple that hide their broken feelings from their previous love. Yoochun’s character, Han Jung Woo, is a goofy yet bold-faced detective that has a soft spot for his first love he met at 15.

“Park Yoochun, who’s proven his strong acting and star power through multiple drama series, will take another transformation and impress his fans with good acting,” C-JeS said in a statement.

Since his acting debut through 2010 drama “Sungkyunkwan Scandal,” Park Yoochun has established himself as a powerful actor, receiving positive reviews for his roles in “Miss Ripley” and “Rooftop Prince.”