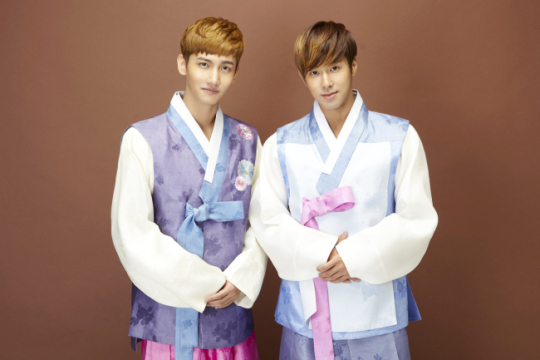 Chuseok is almost here! And to celebrate the biggest holiday of the year in Korea, DBSK gave a special video message to their fans!

On September 27, DBSK posted on SM Entertainment’s official YouTube channel a video titled, “TVXQ! Korean Thanksgiving Day Message.” In the 40-second video, DBSK wishes fans a happy Chuseok and tells them to indulge on all the great food.

“A lot of people experience aftereffects following Chuseok because of all the food. It would be great if you could deal with the aftereffects while listening to our new song, ‘Catch Me,’” Changmin says.

Chuseok is the largest Korean national holiday when families get together and share good food. It’s the equivalent to U.S.’s Thanksgiving Day, only with more food. This year’s Chuseok falls on September 30.

Enjoy the video below!

DBSK
KPLG
How does this article make you feel?