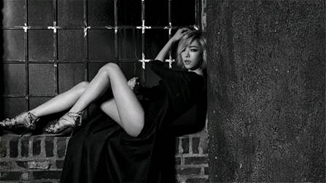 Ga In has recently announced that she’ll make a solo comeback this October and has already released a video teaser for “Tinkerbell” from her upcoming album.

On September 27, a video teaser has been released through Loen Entertainment’s official youtube channel for another track off the album, “To Meet That Girl.” The 30 second teaser includes various photos of Ga In portrayed in a washed out or black and white settings.

“To Meet That Girl” is a hybrid dance song mixed with swing, rock, ballad and classic. It portrays a lady who becomes indifferent and can’t share truthfully so she hides her feelings deeply.

A representative from Loen Entertainment commented, “This is her solo album after 2 years. We tried our best to provide the best music, performance and visuals. This is how we’re repaying the fans. It should be worth the wait.”

Soompiers, what do you think of the teasers so far?

Brown Eyed Girls
Ga In
KPLG
How does this article make you feel?