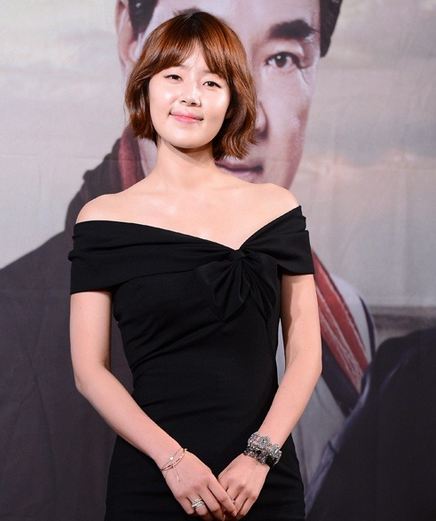 “May Queen” Actress Han Ji Hye Does Understated Sexy in “Sure”

Photographs of actress Han Ji Hye featured in a photo shoot for fashion magazine “Sure” have been released. The actress sure does clean up nice (total understatement). The photo shoot shows a beautiful and elegant Han Ji Hye in a beautiful glowing gown with her hair and makeup done in a sexily understated way.

In the accompanying interview, Han Ji Hye talks about what she did during her nine-month break in the U.S. from the entertainment industry. The actress took some time for herself to travel, enjoy American life, and pursue her hobbies and other things she could not do in the past because of her busy schedule.

Han Ji Hye is currently starring in MBC fall drama “May Queen” in the role of Chun Hae Joo who as a baby was stolen from her mother and given to a poorer family. Chun Hae Joo lives a life of hardship with a positive attitude and tries to make the best of her family’s difficult economic situation. In the drama which also stars actors Kim Jae Won and Jae Hee, Han Ji Hye’s character is a bit of tomboy in that she does not worry about her clothes or looks and instead works hard to follow her passions and take care of her family. The photo shoot for “Sure” is a welcome change from her image in the drama.

Can’t get enough of Han Ji Hye? Make sure to check out Han Ji Hye’s thread on Soompi Forums.

Han Ji Hye
KPLG
Sure
May Queen
How does this article make you feel?