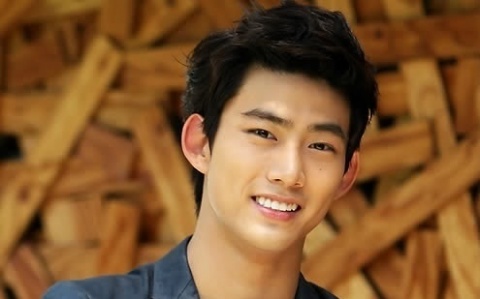 On September 27, he posted a picture of himself with the short caption “Ok Taecyeon-shi.”

He’s looking spiffy with his hair slicked back revealing his handsome features. He’s dressed in a white dress shirt with a tie underneath a cream-colored sushi chef coat. The attire creates a big contrast with his funny facial expression, looking like he might pull a joke anytime soon.

Netizens who saw the picture commented, “Taecyeon’s facial expression is really funny,” “I want to eat Taecyeon’s sushi,” “Wonder if he put anything in the food.”

In other news, Taeyeon participated in the music video for “Classic,” which is a collaboration song for sportswear Reebok’s “Classic Campaign.” Miss A’s Suzy, Park Jin Young and fellow teammate Wooyoung also took part in the music video. Chansung, another member of 2PM, made a cameo appearance.

Soompiers, what other foods do you want to see Taecyeon make?

2PM
Taecyeon
KPLG
How does this article make you feel?