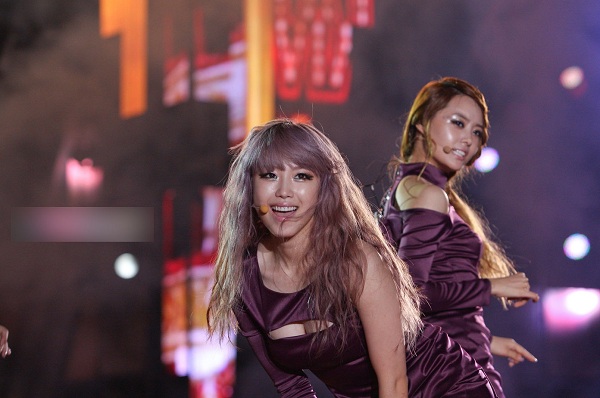 K-Pop stars often say the most surprising and funniest things! From Dasom’s explanation for the recent “butt padding” rumors to Taeyang’s scolding of Seungri, it was another fun week full of interesting comments!

Tiger JK went on a racial tirade on Twitter in response to a controversial exchange with hecklers at a recent event, while Kyuhyun shared the privileges leaders receive at SM Entertainment.

Flip through the gallery for top 10 celebrity quotes of the week!

“During 6th grade, I was performing for a talent show, these noonas came at the venue and all cried.” – SHINee’s Taemin shares a story about his popularity since grade school on MBC “Radio Star.”

“I also own ‘bagels’ not found in Korea.” – Secret’s Hyosung tells her pride in her babyface + glamorous body image on MBC Every1’s “Weekly Idol.”

“One day, I suddenly found myself in the ‘Kyu Line.’ Kyuhyun hyung said to me, ‘Now you are going to be with me,’ and I was forcefully recruited.” – CNBlue’s Lee Jong Hyun says he was forced to be under the “Kyu-line” on MBC “Radio Star.”

“F*** all yall who think Asians are here to make you laugh by dancing my ass off. F*** Hollywood thinkin[g] Asians are just a comic relief.” – Tiger JK goes on a racial rant on Twitter after being heckled at The Creator’s Project.

“But for some reason someone wrote ‘Butt padding fell from Dasom’s behind’ afterwards.” – SISTAR’s Dasom explains what actually had happened at the concert that sparked the “butt padding” controversy.

“I am going to speak frankly. Seungri got scolded a lot by us. He is self-reflecting.” – Big Bang’s Taeyang reveals he have Seungri some sound advice on dating!

“After a certain time, someone from home would call asking when I would come back so I named it as ‘prison.’” – miss A’s Suzy tells how much she hated getting calls from home!

“This wasn’t planned but I went on to kiss Taemin on the cheek but Changmin went further and kissed Taemin on the head.” – Super Junior’s Kyuhyun where the dating rumors with Taemin came from!

“To be honest, they’re so pretty I can’t stop looking at them.” – Mighty Mouth’s Sangchu shares his infatuation with Kara!

“When we go overseas to work, the other members have to share small rooms but onlyLeeteuk gets to use a suite that’s almost as big as a house!” – Super Junior’s Kyuhyun explains what type of privilege leaders get at SM Entertainment!