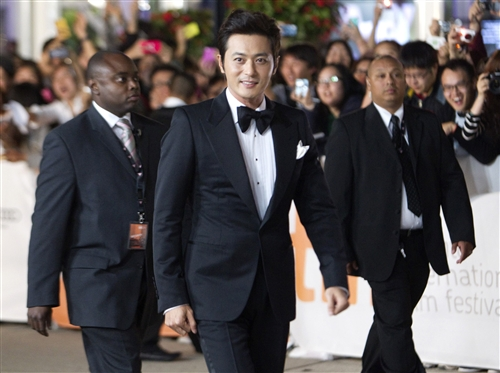 Photographs of actor Jang Dong Gun featured in a photo shoot for fashion magazine “Marie Claire” have been released. In the photo shoot, Jang Dong Gun reprises his role as a homme fatale from his new movie “Dangerous Liaisons” and shows off his dangerously enticing charisma.

The actor shows off his sexy masculinity in tailored suits and even wears smoky eye makeup to enhance the look.

“Dangerous Liaisons” is an adaptation of the French novel of the same title, and is set in glamorous Shanghai in the 1930s. Jang Dong Gun plays the role of Xie Yifan who is a rich playboy who engages in a wager with social butterfly Mo Jieyu who is played Cecilia Cheung. At a social event, Mo Jieyu, in the past content with flirting but never giving in to his charms, offers to give herself to him if he is able to seduce the 16-year old fiancée Beibei of her former lover.