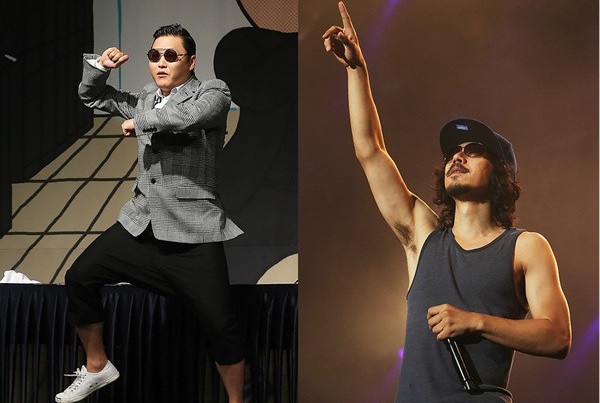 Tiger JK Clarifies Rumors and Reaffirms His Friendship with Psy

On September 26, Tiger JK posted on twitter, “Please be gentle with news titles. It’d be better if you could give me a call or something and listen to my story before writing a report. You guys are ruining my ‘nice guy image.’ News articles reporting what I’ve said so far here hasn’t made it to the front pages of news portals. Admins at portal websites, do something about it. Save me.”

He soon added another post, trying to explain his friendship with Psy and clarify any accusations of his jealousy towards Psy, “Psy and I are close friends. We text each other from the states. Lastly, the people I said those things to, they weren’t fans from overseas. They were just unwelcomed guests. They kept asking for horse dance and mocked me. I had to stop performing after every first verse because of them. That’s it!”

Previously on September 22, Tiger JK stopped performing and publicly scolded a foreigner in the audience for about 10 minutes for screaming “Shut up and do the horse dance” during his performances. When the controversy regarding this incident started to grow, Tiger JK apologized on twitter on September 25, “I would like to apologize to those innocent people. My words and actions cannot be justified for any reasons. I’m really ashamed of myself for acting like a racist.”

PSY
Tiger JK
How does this article make you feel?