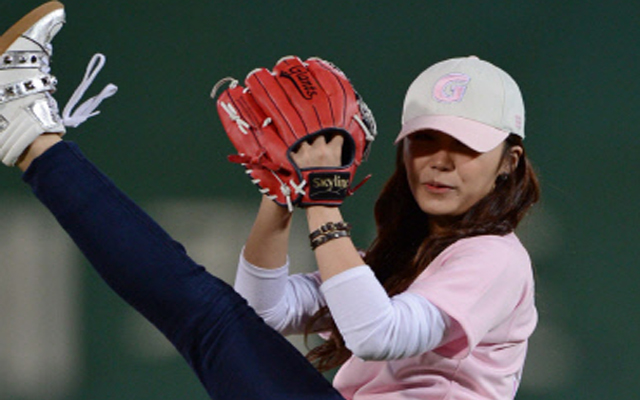 On September 27, the A Pink member pitched for the game between Samsung Lions and Lotte Giants held at the Sajik Baseball Stadium.

Leader Chorong also attended as a hitter. The girls also had the chance to greet their Busan fans.

Meanwhile, Eunji wrapped up TVN‘s hit drama “Reply 1997” and is currently preparing for her first musical “Legally Blonde” which will open in November. She will play the lead role of Elle Woods, a superficial young woman who cares about looks first.

Check out the video and pictures below!