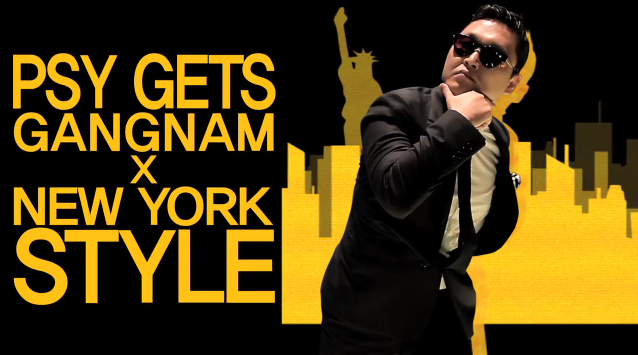 In the video, he arrives at a New York fashion party in a large limo. After performing his now iconic “horse dance” on the runway, the entire audience joins in with him. The lyrics “dress classy” have also been added to the song.

The video ends with a “to be continued…” and a QR code that leads to the Korean web site for Jill Stuart New York.

–
What did you think of this new “Gangnam Style” music video? Are there too many versions out now?
PSY
Gangnam Style
Jill Stuart
Jill Stuart New York
How does this article make you feel?