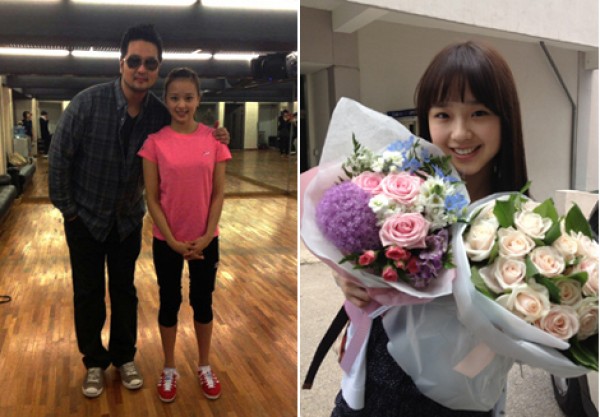 Singer Kim Tae Woo revealed a picture of himself with rhythmic gymnast Son Yeon Jae on his twitter. He commented on the picture, “Son Yeon Jae is practicing for her upcoming gala show at my company’s practice room. I just met her for the first time today. I’m really proud of her and she’s so pretty. I want to raise my daughter to be pretty like Son Yeon Jae. Her face is half of mine. Good luck with your gala, Son Yeon Jae.”

The revealed picture shows Kim Tae Woo and Son Yeon Jae standing side by side and posing for the camera. Kim Tae Woo is slouching down a bit to even out the extreme height difference between the two. Netizens commented on Kim Tae Woo’s tweet, “You’re really big and she is really adorable,” and “Son Yeon Jae must have brighten up your practice room.”

Kim Tae Woo
Son Yeon Jae
How does this article make you feel?