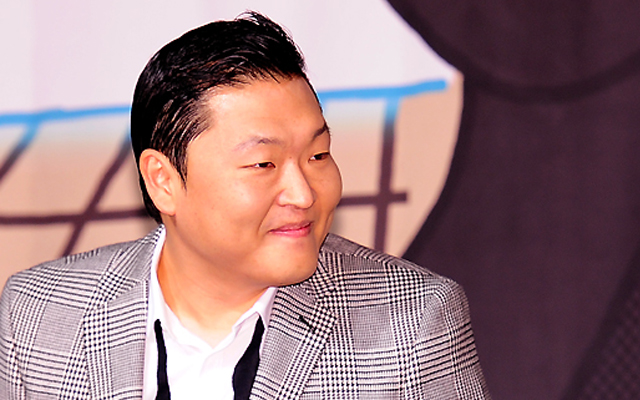 There has recently been a lot of talk regarding a “forceful exile” for Psy amongst the netizens. Netizens have been arguing that Psy must leave Korea and go overseas once again since he is currently at the top. Netizens are also fiercely arguing about Psy’s recent college festival performances.

A certain netizen posted “Is this really the time for Psy to go around college festivals?” on September 30. This netizen continued, “The entire world is going crazy just to see Psy and he is facing world domination but the fact that he just returned to Korea to go to college festivals really bums me out,” and “The popularity of ‘Gangnam Style‘ is not only Psy’s glory. He needs to go to America and England to make more hot issues but instead he’s performing in colleges? It’s like asking Park Ji Sung to play soccer in a town match when the Champions League is coming up.”

The netizen continued, “I heard that Psy requested that the colleges replace him with another artist but the colleges refused,” and “A feast is all about the clamor but since the hero is missing, the world is bewildered.”

This post made it to the front page of a popular portal, Daum Agora and has gotten over 60,000 hits in just two days and hundreds of replies.

As reported earlier, before “Gangnam Style” went viral, Psy had scheduled to perform at college festivals. After 3 weeks of staying in America, Psy returned on September 25 and has performed at eight college festivals so far. He will go back to America on October 15.

It seems that the “Gangnam Style” craze has been cooling down, which is what is worrying the netizens. After Psy returned to Korea, the airplay for “Gangnam Style” on the radio has decreased, which reportedly makes it difficult for Psy to reach the top #1 spot on Billboard’s Hot 100 chart. On October 1, Billboard published an article and said it may be difficult for Psy to reach the #1 spot with “Gangnam Style” because the airplay and sales numbers. Psy’s descent into the third spot in iTunes is also adding to netizens’ worries.

Many netizens commented, “We need to forcefully exile Psy back to America so K-Pop can make a bigger impact,” and more.

Soompiers, what are your thoughts?

PSY
KPLG
Gangnam Style
Billboard Hot 100
How does this article make you feel?