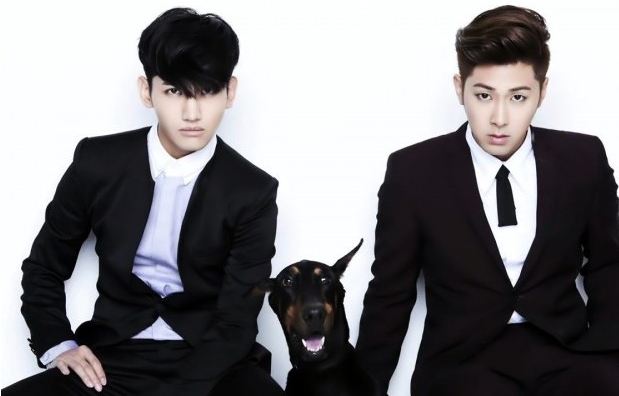 DBSK: “You Want Us To Leave Easily? We Still Want To Perform”

It’s been a year and 8 months since their last album release. It can be considered a long time in the music world. They endured a long time during the wait. Their music, their dance and even their aura has changed. Their title track is an electronic number narrowing into dubstep, which is a genre of electronic dance music that originated in South London, England, and interwoven with orchestra instruments.

DBSK had a chance to sit down with Dispatch for an interview.

◆ “We succeeded easily? It’s the fruit of our labor”
Changmin: “We suddenly received popularity in Korea right after we debuted. We started our Japanese promotions a year after debut. We thought that at least some of our popularity would carry over to Japan. We were caught off guard. Our debut single completely flopped. Because our budget was so tight, we wore the same clothes for 2 months straight… We realized then the importance of ‘cho-shim’ (author’s note: it translates to ‘thoughts like the beginning’).”

Yunho: “To be honest, we took popularity for granted. We were physically tired and had moments when we were frustrated. But we changed a lot after waiting for a long period. I realized that what’s really important is to receive cheers and love when I’m on stage. I’m really thankful for the support and therefore want to show a much better performance.”

◆ “Local promotions is DBSK’s root, that’s why “Catch Me”
Yunho: “We thought that it’s not so good to focus so much on activities abroad if our roots in Korea become weak. That’s why we decided again to start from Korea. Our biggest goal is to show charms only we have and also try and communicate different things. It’s important to find a balance.”

◆ “You want us to leave easily? We still want to perform”
Changmin: “We actually wanted to make a comeback much earlier than now. But, our strengths have changed and we wanted to show a new side to ourselves. That’s why it took this much time. Even though we aimed to solve the situation quickly, DBSK is a group that can’t be quickly solved. There’s also a big burden because of high expectations. But still, it’s important to show our new selves, DBSK’s charms.”

Soompiers, it’s great to see their dedication to music and their fans. You can show them some love through our very own Soompi Shop!

DBSK
KPLG
How does this article make you feel?