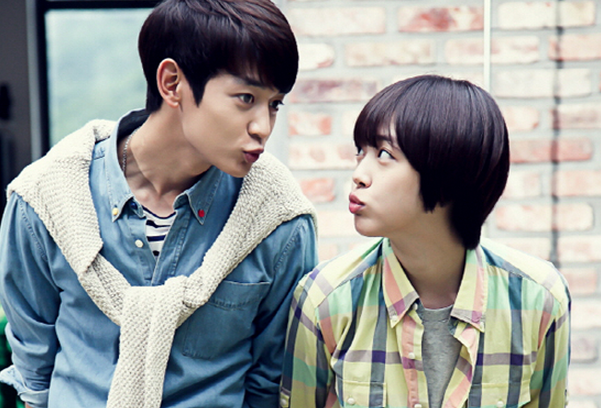 SHINee’s Minho and f(x)’s Sulli said their goodbyes to their drama “To the Beautiful You,” which aired its last episode yesterday. On October 5, Minho wrote on his me2day, “My long yet short life as Kang Tae Joon has come to an end. Thank you for showing much love to ‘To the Beautiful You. I turn the honor to the director, the staff, fellow actors, and sunbae for all their hard work~ I will continue to become a better Choi Min Ho~! Goodbye! Kang Tae Joon ^^”

On October 4, Sulli also wrote on her me2day, “I’m deeply grateful for watching ‘To the Beautiful You. I was happy during my last days as a teen because of you. Goodbye Jae Hee.” Both attached photos of themselves with the post.

According to AGB Nielsen, “To the Beautiful You,” starring idols Sulli and Minho, recorded 5.2% for its final episode. The romantic-comedy was about Goo Jae Hee ( Sulli), an extreme fan girl of champion high-jumper Kang Tae Joon (Minho), who tries to make a comeback from a career-threatening injury. To help revive his career, Jae Hee impersonates a guy to attend Tae Joon’s all boys high school. The original Japanese manga had a Japanese drama created in 2007, as well as a Taiwanese version produced in 2006.

SHINee
f(x)
Minho
SM Entertainment
Sulli
KPLG
To the Beautiful You
How does this article make you feel?