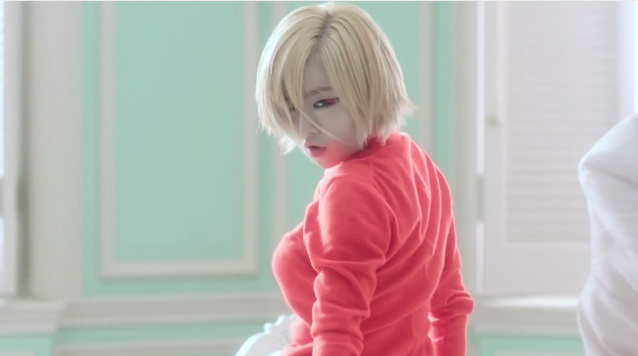 After revealing many teasers for her upcoming album, Ga In has finally released the music video for “Bloom.” The song is the title track for her second solo album “Talk About S” which was released today, October 5 in Korea.

LOEN Entertainment stated that “Bloom” is about a girl who became a real woman through love.” It was made by composer Min-soo Lee and lyric writer Eana Kim who had previously worked on “Irreversible,” the title track of Ga In’s first solo album.

“Talk About S” was produced by Young-Chul Cho, who had previously worked on Ga In’s first solo album, IU‘s “You & I” and “Good Day,” and also Brown Eyed Girls‘ “Abracadabra” and “Sixth Sense.”

Other songs from her new mini album include “The Gaze,” “Tiredness,” “Catch Me If You Can,” and “Tinkerbell.”

Just a warning that the music video is stamped as “Rated R” and is to be viewed by people over 18 years of age (19 in Korea).