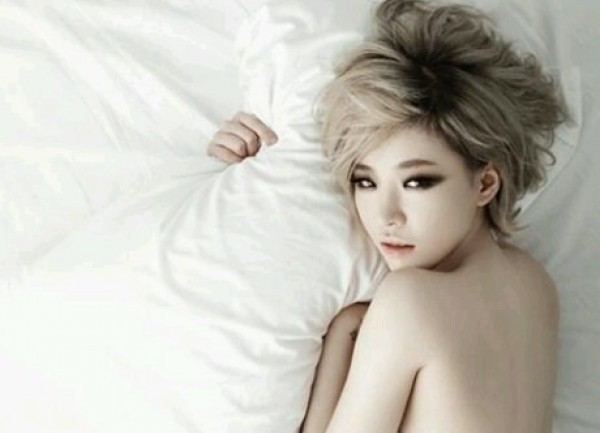 Ga In‘s lastest solo music video “Bloom” was rated 19+. The video portrays a woman in love as a blooming flower. Ga In’s agency commented, “Ga In’s solo title song ‘Bloom’ talks about something that the popular music industry hasn’t come forward to talk about yet. No matter what you expect, it will still manage to surprise you.”

The previously revealed teaser video of “Bloom” shows blonde and younger-looking Ga In smiling so innocently and brightly at someone. Soon the scene switches over to Ga In laying on a white bed and then to her wearing a bright red sweater, looking seductive and sexy.

“Bloom” is another collaboration work of composer Lee Min Soo and lyricist Kim Ee Na, who’s written a series of songs like Ga In’s “Irreversible,” Brown Eyed Girls‘ “Abracadabra,” “Sixth Sense,” and IU’s “Good Day,” and “You and I.” “Bloom” discusses the love between a man and a woman and all the emotions the woman feels within that romantic relationship.