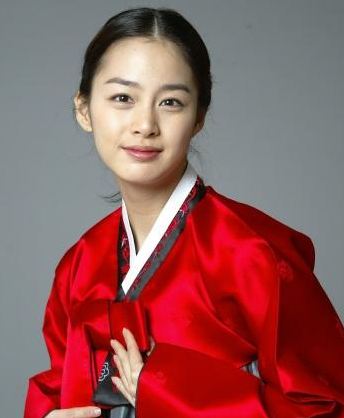 On October 8, production company Story TV stated: “Actress Kim Tae Hee has been cast for [the title] role in drama “Jang Ok Jeong” (working title) which is scheduled to be broadcast next year in March.”

Kim Tae Hee has been cast in the role of Jang Hui Bin, also known as Jang Ok Jeong, who was a famous royal concubine of the Joseon Dynasty known both for her beauty and scheming. Jang Hui Bin was born Jang Ok Jeong and became a lady-in-waiting to King In Jo’s second queen. But after King Suk Jong saw her, he decided to make his concubine. Jang Hui Bin gave birth to a son who was the future King Gyeong Jeong and was elevated to the status of third Queen Consort. But she would later be sentenced to death by poisoning.

In the drama, the production company explained that the drama would show an imaginative and interesting take on Jang Hui Bin (Jang Ok Jeong) and focus on her role as a fashion designer and make-up producer.

The production company representative producer further stated: “Thank you to all the many actresses who were interested in the role. But, we are extremely happy that the right actress who was, from the beginning planning stage, the production company, director, and writer’s first choice as a primary candidate is able to do the role. For as much preparation, for over one year, we put into the drama, we will also put an equal effort into the making of the drama to make it awesome and interesting while also being touching.”

Below are photographs from Kim Tae Hee’s drama “My Princess.”