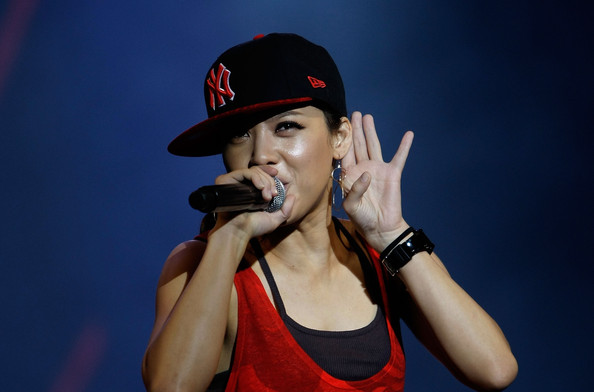 We have previously celebrated the end of summer with our very own “Top 10” summer tracklist. A little belated, but it’s now time to usher in the shorter days and colder nights cuddling up in our warm, cozy blankets near the fireplace with none other than songs fit for the season. Add cinnamon spice to that.

There will be some artists you might be familiar with, but I want to bet that there’s at least a few artists and songs on the list you have yet to hear! There were many fantastic singers and songs so it was very hard cutting it down to 10. A personal confession, but I was addicted to all of the songs here and played them nonstop when they first came out. I’m sure some of the songs will be sweet to your ears.

Click through the numbers below to hear all the awesomely sweet slow songs!

Starting off with Naul, who’s currently topping the local idol-dominated charts with his addicting voice and fantastic music video. How do you interpret the music video? Interesting note: He’s been in a long time relationship with actress Han Hye Jin who’s most known for her MC role in SBS’s “Healing Camp.”

Tei smashed into the Kpop scene with a hot shot debut with this song. His husky voice and calm, gentle face quickly grabbed the attention of the public and media.

BeBe Mignon – Even Though I’m Short and Ugly

BeBe Mignon is a trio girl group born between 1989-1991. They are under the same management as 4men. After a merger with Happy Face Entertainment middle of last year, this lovely trio became labelmates with Dal Shabet.

Bobby Kim is a 1.5 generation American (moving to the States when he was 2) and is rumored to have grown up in Northern California’s Bay Area.

Singer J was picked up from a beauty pageant for Koreans in Washington, D.C. and later made her debut in 1998. She didn’t reach mainstream popularity until this song from her second album, but quickly fell off the radar until her song “Perhaps Love,” the theme song for Yoon Eun Hye’s popular drama “Goong.”

4men was originally loved by idols with many of their songs covered during radio appearances. They found mainstream popularity after featuring in 2010’s hit drama “Secret Garden.”

Im Jae Bum – For You

A veteran singer of over 25 years, Im Jae Bum shot to stardom after appearing in the first season of MBC’s “I Am a Singer.” As a person who likes to keep to himself and avoid making television appearances despite his long career, revealed that he only appeared on the singing program because he had no way to pay for his wife’s multiple cancer treatments and hospital bills.

Baek Ji Young originally debuted as a dance singer, a strong contrast to her sorrowful and emotional ballads well known today. She couldn’t promote and release songs after the sex scandal broke out. She released a song probably too soon after the scandal because it didn’t do so well. This was the second song released after the incident and secured her back in the limelight.

Fly to the Sky – Monologue

Fly to the Sky started their career under SM Entertainment. This song is part of their last album with the agency before they ended their contracts with the said company. If you listen to the earlier albums, Hwanhee (one of the members) uses mostly his upper register. He finally had the courage and convinced the SM staff to use his natural singing voice making him one of the first idol singers with such a smooth, deep voice.

Best known as Yoon Mirae aka Tiger JK’s wife, T is versatile as a singer and rapper. She is currently one of the 3 judges for the 4th season of the hit audition show “Super Star K.”