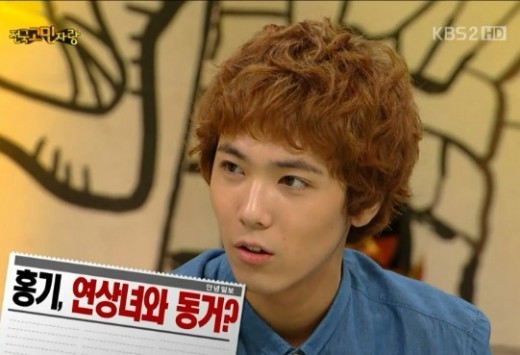 FT Island‘s Lee Hong Ki recently shared his thoughts on the bad rumors about him.

Han Sun Hwa started off by saying, “Lee Hong Ki is pretty popular among the idol stars.” Then Lee Hong Ki responded, “I’m not popular,” and “There’s a lot of bad rumors about me.”

Lee Hong Ki shared that he is often involved in many false rumors. He said, “So one day, the company director summoned me. It was late at night and he asked me if I was living with an older woman.” He went on to say, “I’ve been living in the dorms for eight years now.”

Lee Hong Ki also shared his story of running away from home when he was in middle school, as he emphasized the importance of communication in the family.