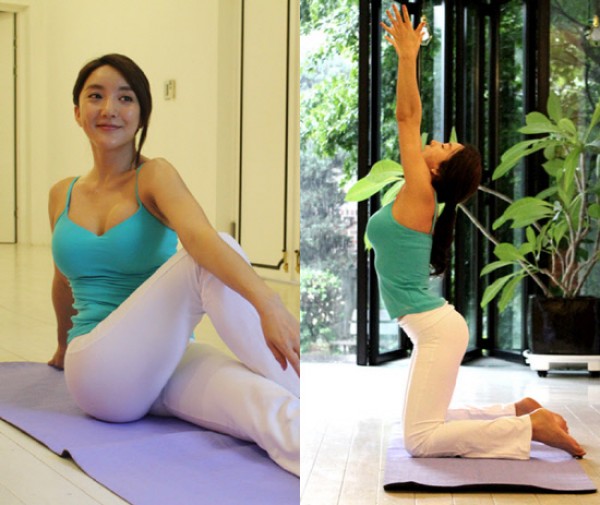 On October 8, pictures of Bada in the middle of a yoga session appeared on an online community forum. The revealed picture shows Bada in fitted white yoga pants and light blue colored top. She is sporting a toned body and glowing skin in these pictures, looking young and healthy.

Her body, which is perfected through yoga, could not be adequately described by simply saying “S-line.” Some would call her figure “honey-volume,” for being voluptuous in a very sexy, healthy way. Netizens commented on these revealed pictures, “‘Honey-body’ perfected by yoga along with her honey-glowing skin. You got it all,” “Her body and her skin. It’s an all-kill,” and “If I do yoga and put on some high-quality foundation on my face, would I look like Bada then?”

Meanwhile, Bada has become a big-named star not only in the music industry, but also in the musical theatre industry. She has been in several productions and will continue to be active in both theater and music.

Bada
KPLG
How does this article make you feel?