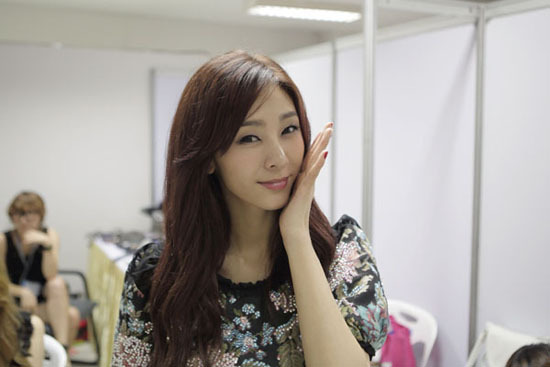 G.Na successfully finished her first Asian promotion of her international album “Oui” in Thailand. G.Na stayed in Thailand for three days from October 3 promoting her album through performances, TV appearances, and other events. On October 4, she hosted her first autograph signing event “The 1st Fansign in Bangkok” in Thailand’s Central World. 250 lucky fans were chosen through lottery.

G.Na also appeared on Channel V’s “Asian Hero” and other TV programs and conducted earnest interviews in fluent English. Many fans visited G.Na at the filming studios to cheer for her. On the first day of releasing “Oui,” the album entered the chart at the third place. After a successful round of promotion, many local music and showbiz industry officials requested G.Na to come back.

Her first international album “Oui” was released in many different countries since September 26 in a digital album format. “Oui” includes six of G.Na’s most popular songs such as “Black & White,” and “I’ll Back Off So You Can Live Better.” The album also includes a newly recorded version of “Things I Want To Do When I Have A Lover” with Aziatix and “Green Light” featuring Jay Park.

A local showbiz expert commented, “Since this is G.Na’s first English album, listeners seem to be very excited about it. She proved that this is the perfect opportunity for her old hits to be recognized again through this promotion. She will become even more popular in Thailand after this.”

G.Na will be visiting many other countries to promote “Oui” in the near future.

Aziatix
Jay Park
G.NA
KPLG
Black&amp;White
I'll Back Off So You Can Live Better
Oui
How does this article make you feel?