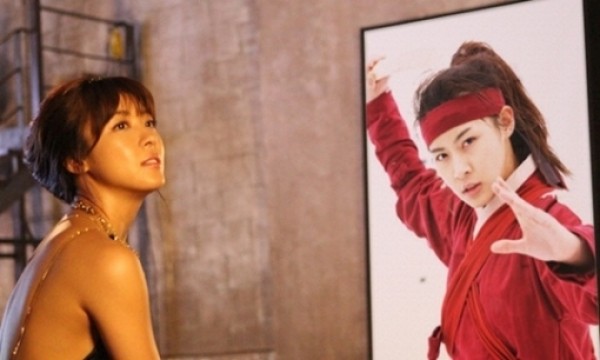 Ha Ji Won revealed a new pictorial wearing an off-shoulder black dress. The picture is from the filming of Olay Anti-againg Cream advertisement. She is sitting across from a large picture of her character Chae Ok from MBC “Damo” in 2003.

Even after almost a decade, Ha Ji Won still looks youthful and beautiful as she did in 2003. Also on the filming set were snapshots of Ha Ji Won from her previous shows and movies like KBS “School” and film “Babo.” Her unchanging beauty could easily trick one to believe that all the pictures were taken recently. Although she is juggling hectic filming schedule for upcoming movie “Three Chosun Angels,” she is still flaunting timeless beauty and flawless skin.

Ha Ji Won
Babo
Damo
School
How does this article make you feel?