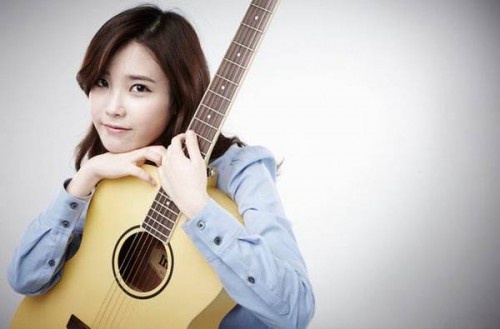 IU Shares Her Korean Pride On A “Good Day”

IU shares her love for the Korean language on “Hangul Day” (author’s note: Hangul is the Korean alphabet).

On October 9, IU took a pretty picture of herself and left a comment through her twitter, “I can’t speak English well because I love the Korean language so much, but Korean jjang.”

“Hangul Day” has been established to celebrate King Sejong’s invention of the Korean language and this year is the 566th anniversary. A lot of festivities were held in front of Gwanghwamun and Seoul City Hall on this day.

In other news, netizens who saw her caption commented, “I like the Korean-loving IU,” If only we get a day off on ‘Hangul Day,’” I hope IU because the ambassador for the Korean language.”

Soompiers, what do you think of her cute display of Korean love? Well, have you seen IU attempting English in any of her interviews?