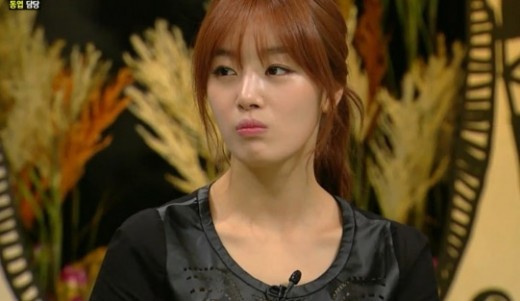 On October 8, she made a guest appearance on KBS’s variety talk show “Hello” and someone commented, “You don’t look like you have any worries because you’re always in a bright mood.” She responded, “I also have worries.”

She shared her thoughts regarding her heavy drinking image, “I had alcohol only once during a company dinner, but he [Jung Chan Woo] would keep saying, ‘I know because I’ve had alcohol with Han Sun Hwa..’”

She explained, “I’m a girl group member.” FT Island’s Lee Hong Ki also appeared on the same segment and shared his thoughts, “He also keeps talking about drinking alcohol with me.”

Soompiers, should Han Sun Hwa be worried about her heavy drinking image because she’s a member of a girl group? Even though she’s of legal age?