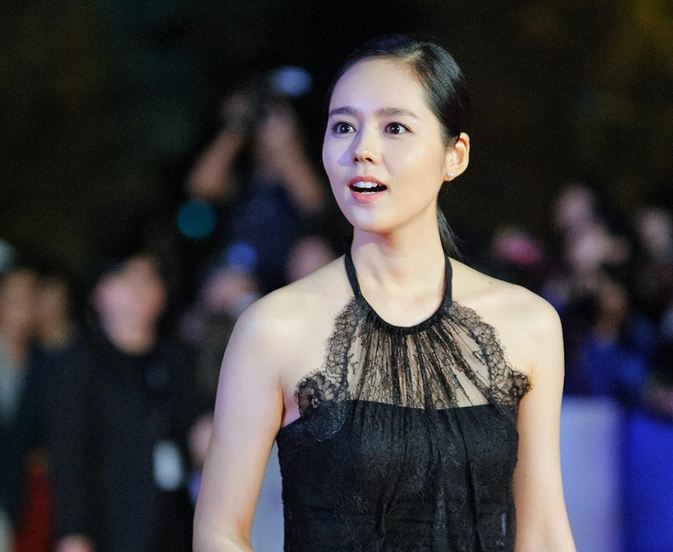 Photographs of “Architecture 101” star Han Ga In before walking the red carpet were released.

Two of the photographs show Han Ga In fully dressed and ready to dazzle fans and photographers alike. Han Ga In wore a black full-length halter dress with a lace overlay in the front. Her hair was pulled back into a chic pony tail to give her a sleek look and bring the focus to her best asset (her beautiful face).

The next two photographs show Han Ga In sitting on her bed playing with her phone while wearing a khaki field jacket with an inner leopard print lining. Han Ga In appears to be relaxing after a long day of press and fan greetings.