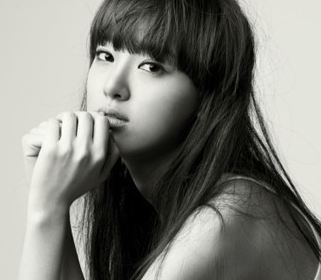 After School Jooyeon is a Total Barbie in Hot Red Car

On October 8, After School member Jooyeon uploaded photographs of herself on her Twitter account with the following words: “A beautiful weather day~~~^^ Going on a date ㅎ.”

In the photographs, After School member Jooyeon looks like a total Barbie doll while sitting in the driver’s seat of a hot red car with her pretty face, printed ribbon headband, and pink sweatshirt.

Fans who saw the photographs commented: “The perfect beauty,” “Jooyeon is so cute,” “I love you, Jooyeon,” “Who are you going on a date with?”

Jooyeon is currently considering whether to join the upcoming KBS drama “Jeon Woo Chi” which is scheduled to premiere in November. Fellow After School member Uee has been cast in the lead female role of princess Hong Mu Yeon. Cha Tae Hyun has been cast in the titular role of Jeon Woo Chi who gains Taoist magic powers and becomes a super hero of a fictional kingdom in the Joseon Dynasty.

After School
Jooyeon
twitter
KPLG
Jeon Woo Chi
How does this article make you feel?