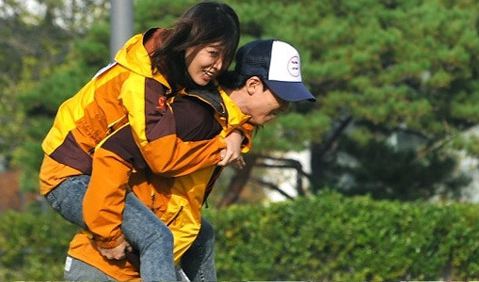 Miss A’s Suzy and Wonder Girl’s Yoobin have been spotted filming for SBS’s popular variety program “Running Man” in Gwangju, a city located in the southern part of South Korea.

Several pictures of the two JYP family members have been spotted circulating around many community sites. The revealed pictures show the two lovely ladies with the “Running Man” members and actor Ji Jin Hee. The pictures also give us a sneak peak of an intimate piggyback and that Suzy and Yoobin will be on different teams.

It’s also been revealed that actors Ji Sung and Song Chang Eui have participated in the filming adding the anticipation for this upcoming episode.

Soompiers, who do you think is giving Yoobin a piggyback ride?