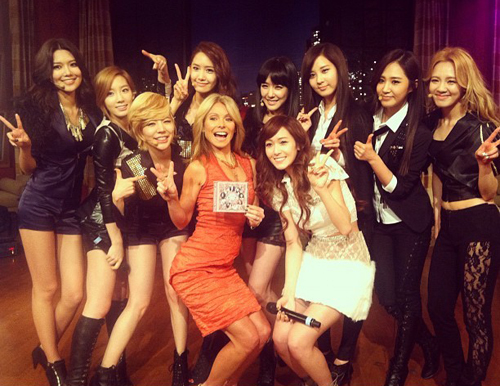 6 K-Pop Stars that Made U.S. Debuts Before PSY

Earlier today, it was reported that PSY is planning to release his U.S. debut album in late November. The album is reported to contain English songs composed by PSY himself, and some of his previous Korean hit tracks as well.

In light of PSY’s impending U.S. debut, we’ve put together some of the top Korean musicians that have made their debuts in the States. Starting from 2007, Rain, BoA and Se7en all made attempts to make it big in the U.S., with the Wonder Girls and Girls’ Generation following suit. Now 2NE1 and PSY are expected to lead the third wave of “Korean Invasion” in the U.S., and with their already soaring popularity around the world, we expect to see the greater results from them.

Flip through the photos to see which K-Pop star led the early K-Pop movement in the U.S. We wish PSY good luck and we’ll keep you updated on his upcoming U.S. debut album!

Perhaps the first Korean celebrity to really make big strides at the mainstream level, Rain had a concert in New York’s Madison Square Garden in front of a sold out crowd, and was even cast in the 2009 Hollywood blockbuster film “Ninja Assassin.” He also made Time Magazine’s “100 Most Influential People” in 2006 and People Magazine’s 2007 list of the “Most Beautiful People in the World.”

Better known as JYP, Park Jin Young is one of the first true pioneers in K-Pop to crack the U.S. pop music market. Although none of his albums or singles was officially released in the States, he’s made his name known more as a prominent songwriter. He wrote songs for U.S. rapper Mase and Will Smith, and built a business network spanning from P Diddy to R. Kelly.

Se7en is the first Korean musician to have officially debuted in the U.S. Despite his megahit success in Korea, Se7en took his music to the U.S. in 2007 and finally was able to release his debut single, “Girls,” in 2009. The song was produced by Rodney “Darkchild” Jerkins, whose previous works include Beyonce’s “Déjà vu” and Destiny’s Child’s “Say My Name,” and featured rapper Lil’ Kim.

BoA was already one of the biggest stars in the entire Asian region in 2008, when she decided to release “Eat You Up” in the U.S. She followed it up with her debut album, “I Did It for Love,” in 2009, which was produced Sean Garrett, the famed producer for Beyonce, Britney Spears, and Chris Brown.

The first Korean artist to break into the Billboard Top 100 Singles Chart, the Wonder Girls used a different tactic by releasing their Korean song “Nobody” in the States. Unlike BoA or Se7en, who produced new songs targeting the U.S. market, Wonder Girls’ “Nobody” became quite a hit among pop music fans, resulting in a management contract with the Jonas Group, who’s also in charge of the Jonas Brothers.

Last February, the Girls’ Generation made headlines with their surprise appearances on CBS’ “The Late Show with David Letterman Show” and ABC’s “Live! With Kelly.” They were also interviewed by NBC’s “Extra TV,” which made them the first Korean celebrity to appear in all three major network channels. Although they released the English version of “The Boys,” produced by Teddy Riley of Black Street, they haven’t been able to match the type of popularity they enjoy in Asia yet.